It seems that in this, the 100th year anniversary of the publication of Swann’s Way, you can hardly turn over a page without finding Marcel Proust hiding within it. And that’s not even counting the sightings found in the New Yorker magazine, every week, any year. I keep little sticky notes nearby when I am reading, so that whenever Marcel jumps out from a page, yelling “boo!” and laughing maniacally, I can write his name on the sticky note and slap it on the page, thereby quieting Marcel and my own fears that I will lose the sighting if I don’t mark it’s place. Or that maybe, the whole thing was a hallucination… 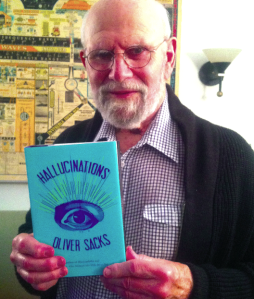 Non, I was not hallucinating the not one but two sightings of Marcel in Oliver Sacks’ book Hallucinations, unless they are unusually persistent hallucinations. On page 9, writing about a patient of his experiencing hallucinations, Dr. Sacks says: “Her hallucinations had become ‘shyer’, she said, and now occurred only in the evening, if she sat quietly. I thought of the passage in Remembrance of Things Past where Proust speaks of the church bells at Combray, how their sound seemed muted in the daytime, only to be heard when the hubbub and blare of the day had died down.”

And on page 154, while writing about how the brain stores and retrieves memories, he tells us: “We now know that memories are not fixed or frozen, like Proust’s jars of preserves in a larder, but are transformed, disassembled, reassembled, and re-categorized with every act of recollection.” 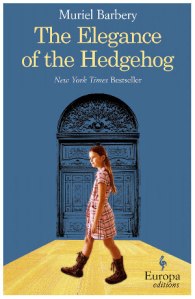 The Elegance of the Hedgehog by Muriel Barbery

I actually thought, as I was reading The Elegance of the Hedgehog by Muriel Barbery, that it was In Search of Lost Time as told by a 12 year-old girl and a middle-aged Parisian concierge. The literary allusions and themes were all there, including Vermeer’s View of Delft. This sighting is “spoken” by Paloma, the 12 year-old: “But then another idea surfaced thanks to these mirror neurons. A disturbing idea, moreover, and vaguely Proustian, no doubt (which annoys me.) What if literature were a television we gaze into in order to activate our mirror neurons and give ourselves some action-packed cheap thrills? And even worse, what if literature were a television showing us all the things we have missed?”

One wonders what Marcel would have thought about being found in a book about the long-haired Golden Boy of the West. After all, Proust was in the military too, albeit just for the one year of his mandatory service.

Larry McMurtry’s Custer is a coffee-table type book, more a series of essays on Custer, his life and the Battle of Little Bighorn, with many photographs and pictures to augment the text. McMurtry says, on page 8: “I was attracted to the notion of a short life of Custer in part because the short life is itself a lovely form, a form that once was common in English letters: there’s Henry James on Hawthorne, Rebecca West on Augustine, Nabokov on Gogol, Edmund White on Proust, and myself on Crazy Horse.”

Somehow I don’t see Proust riding hell-bent for leather across the Southwestern plains after a band of Sioux and Cheyennes. But wait, no, there I see him, in his uniform, on a dashing black stallion, trailing madeleines and a white silk scarf behind him as he rides…..mais non. Je suis halluciné… 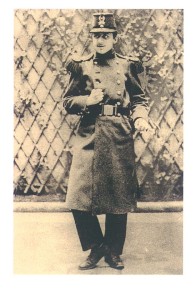 Proust in his military uniform

Please contact me for permission to use any pictures or text on this site. Thank you.